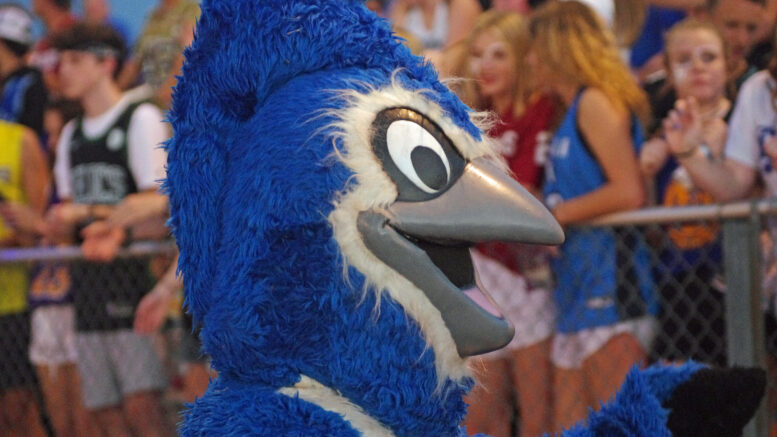 The Guthrie Bluejays have owned the series with the Piedmont Wildcats. Friday will be the 10th meeting between the two programs with the Jays having the upper hand in eight of the previous nine meetings.

Piedmont’s only win in the series came in 2016. In the eight wins for Guthrie, the average margin of victory was 39 to 8.

With a 2-1 start for the Wildcats, including two wins in a row, momentum seems to be building in the growing school district.

Piedmont is now the ninth largest school in Class 5A and with over 100 more students than Guthrie High School.

The Wildcats have made an imprint on all athletics in Class 5A except for football. However, first year head coach Jeff Hall has the football Wildcats believing they can have their first winning season since 2016 and before that in 2011.

A season ago, Hall was the offensive coordinator for the Yukon Millers who runs the flexbone offense. Hall has brought the same offense to Piedmont.

While many offenses – on all levels – now like to spread the offense out, Piedmont has joined the throwback of offenses. Much like what you see with Army and Navy in college football.

The triple option offense can be a nightmare for opposing coaches to defend. Teams don’t see it very often during the season so it is hard for them to prepare. Luckily for the Jays, they’re coming off a bye week and have had added time to prepare.

Last week, in Piedmont’s 28-6 win over Noble, Piedmont attempted one pass in the entire game. That one pass was straight into the ground to stop the clock before halftime.

Piedmont ran the ball 49 times for 407 rushing yards against Noble. The primary ball carriers will be senior running back Colby Matlock and quarterback Dylan Hampton.

Another advantage of the flexbone is time of possession. The Wildcats will be in no hurry when they have the football, especially if they can get out to an early lead.

Last week, Piedmont’s offense took nearly 30 minutes off the 48 minutes of game time, including over 17 minutes in the second half. Noble took just 31 offensive snaps. On average, Guthrie has taken 50 snaps each in their first three games.

Be the first to comment on "Watch: Guthrie Football host Piedmont"