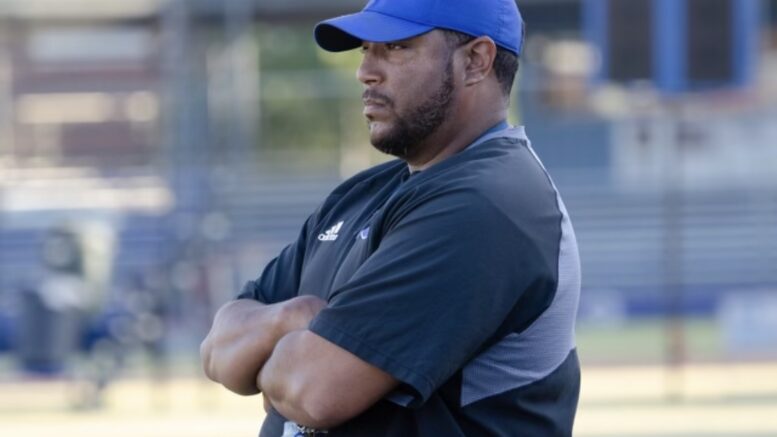 The Guthrie High School baseball program will have new leadership. Terry Bennett, Jr. will be recommended to the GPS Board of Education as the next head coach.

“I am truly blessed and humbled for the opportunity to guide a program that I fell in love with way back in the 1980s,” Bennett said in a school release.

“I would like to thank Dr. Mike Simpson, Mr. Doug Ogle, Coach Jon Chappell, the School Board members, the entire administrative staff at the high school, and Coach Casey Porter for this opportunity,” Bennett said. “The real work begins now. Go Bluejays!!!”

He has served as an assistant coach in the program for the past eight years. The position became available with the recent resignation of Casey Porter who led the program since 2014.

His experience before returning to Guthrie includes teaching and coaching assignments in the Oklahoma City Public Schools district including serving as Head Baseball Coach at Star-Spencer High School for two seasons. Since his return, Bennett has also served as an assistant coach at both the Junior High and High School levels while teaching at Central Elementary and Guthrie High School.

“I want to thank the committee who did an outstanding job narrowing the search under a very difficult timeline,” Superintendent Dr. Mike Simpson said. “Coach Bennett is a Bluejay through and through and I’m excited to watch his work with our student-athletes.”

Bennett is a 1996 Guthrie High School graduate. Collegiately, he played baseball for Connors State College and the University of Central Oklahoma prior to earning his degree in Health, Physical Education, and Recreation from Langston University in 2004.

The recommendation is subject to approval by the Guthrie Board of Education at their next board meeting on August 8.

Be the first to comment on "Bluejays promote Terry Bennett, Jr. to lead baseball program"