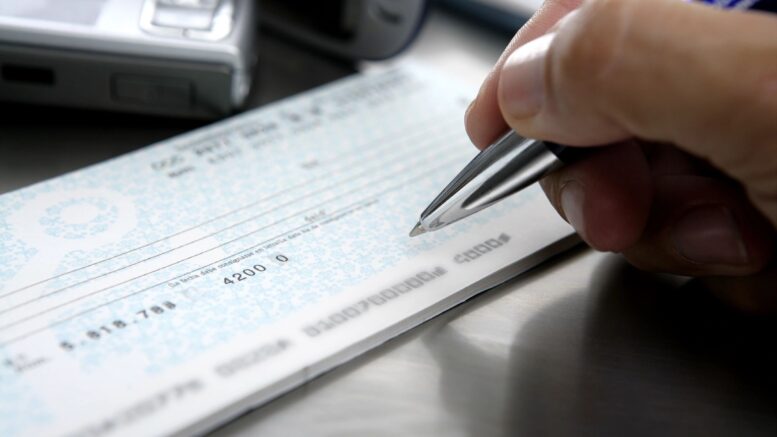 Updated on June 26, 2020 — District 2 Commissioner Mike Pearson turned in some additional contributions and expenditures to the Logan County Election Board on June 23.

Pearson reported $4,375 in monetary contributions in a report filing. In total, the commissioner has generated $4,725 for the campaign, according to the latest reporting gathered by Guthrie News Page on Friday afternoon.

The two largest contributors to the campaign, include John Vance and Saquib Anwar who both gave $1,000.

Pearson has spent $2,950.66 total in advertising and printing.

To date, Pearson’s campaign reported a total $5,822.81, which includes a $600 self loan, compared to Ellis’ reported $4,779.68. Totals include monetary contributions and in-kind contributions.

With the upcoming primary election set for next Tuesday, candidates continue to turn in their campaign contributions as they seek office.

The county will have two offices up for grabs, including court clerk and county commissioner for district two.

Voters will head to the polls on June 30. Related article: Four local races set for June 30 election; four incumbents do not draw an opponent

Jacki Wolfington is challenging incumbent Cheryl Smith for the office of court clerk.

Both spoke at a June 9 First Capital Republican Women meet and greet, Smith announced she would not take contributions for her campaign. A contribution report shows Smith gave her campaign a $10,000 monetary donation.

Smith reported on June 15, $5,027 in expenses for yard signs, printing and mailing.

Wolfington reported her contributions and expenditures on April 15, including $1,175 raised in donations.

In expenditures, Wolfington has reported just under $700 for push cards, handouts and yard signs.

With reporting numbers from April 27, Pearson reported $350 in monetary contributions from two donations. The largest coming in at $250 from Nancy Staffins.

Pearson shows one in-kind contribution for $497.81 from Roger Koontz for printing services.

Pearson reported one expenditure of $500 to Bill Shepard for a polling list of voters.

District 2 challenger Kody Ellis has generated the largest contributions to date, including $2,100 in monetary donations and $2,679.68 with in-kind contributions.

In total, six contributors have given financial support to the campaign with the largest coming from Ellis ($600).

Goodman’s first donation was for an outdoor advertisement (billboard south of Waterloo Road) totaling $1,850. The second contribution reported was $829.68 for mail out advertising.

District 2 challenger Mitchell Madison has not reported or filed any contributions or expenditures as of Monday afternoon.

For the District 2 race, if a candidate does not receive of at least 50% of the vote, a runoff election between the two top candidates will take place on August 25.