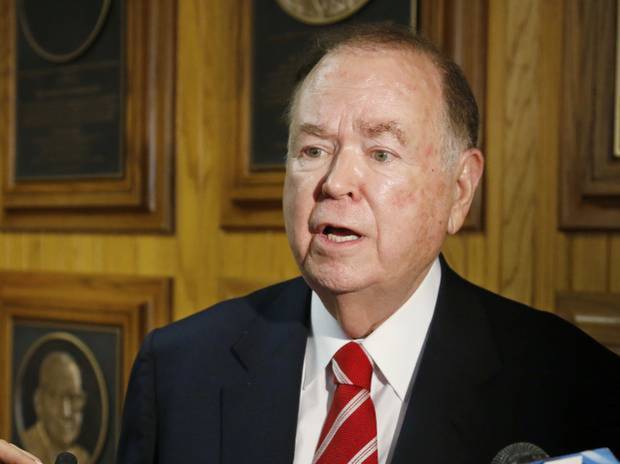 University of Oklahoma President David Boren is suggesting a one cent increase in the state sales tax to help fund schools and deal with what he is calling an “education crisis.”

The former governor and U.S. Senator confirmed Thursday that he and other civic leaders are forming a group, “Oklahoma’s Children _ Our Future,” with the goal of collecting enough voter signatures to qualify a measure for the November 2016 ballot to increase the sales tax.

“We have a serious shortage of teachers,” he said in an e-mail. “Over 1,000 emergency teaching certificates have had to be issued to people who are not fully trained, just to put adults in the classrooms.

“Teacher salaries average $44,373 in Oklahoma, far below those in every one of the surrounding states. Texas is more than $5,000 ahead of us. We rank 49th of all 50 states in the amount the state spends per pupil.”