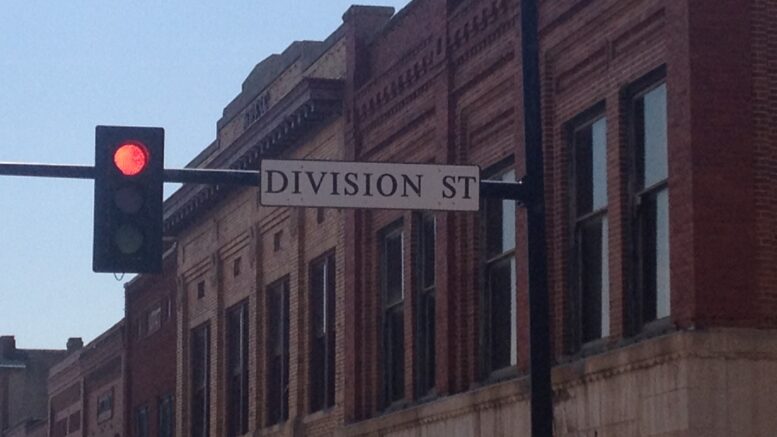 The downtown street project on Division St. has been discussed, projected, engineered and reexamined over and over since 2016. Now, that project is likely going away to help fund a downtown bridge that has been closed off for nearly three years.

In August 2016, the City of Guthrie was chosen to receive $678,000 in grant assistance through the Transportation Alternatives Program (TAP), a program administered through the Oklahoma Department of Transportation (ODOT). The grant was set up for improvements with sidewalks, bump outs, trees, shrubs and intersection upgrades to Division St. from south of Harrison Ave. to the alleyway north of Oklahoma Ave.

The project was estimated to cost just under $850,000, with the City paying $169,000 in funds generated through incremental taxes collected at the 2013 Gentlemen of the Road event. Related article: City of Guthrie awarded downtown TAP grant

Throughout the years of the project, local groups, citizens and the State Historic Preservation Offices (SHIPO) opposed the project, especially the proposed bump outs at the intersections of Oklahoma Ave. and Harrison Ave. Later, the bump outs were removed from the proposal.

Now, the City is looking at scrapping the entire project and moving the funds over to help support the Harrison Ave. bridge project. Despite preliminary discussions between ODOT and the City, a time frame is unknown for ODOT’s official approval to move the funds.

In June 2017, the City was forced to reduce the weight restriction on Harrison Ave. following a bridge inspection, which lays below Harrison Ave. and over the facility storage of Jelsma Stadium, was built-in the 1930’s as part of the WPA project. Related article: Weight limit reduced for downtown road due to bridge inspection

Days later, the bridge was closed off to traffic forcing vehicles around the bridge area. Related article: Portion of downtown road closed down due to inadequate underground bridge

In October 2019, the City was awarded a $126,273 grant, along with a City match of $31,568, from the Association of Central Oklahoma Governments (ACOG) to help fund the nearly one million dollar project after denying the City in 2017 and 2018. Related article: Video: City Council agrees to try a third time for Harrison St. bridge grant

With the TAP and ACOG grants and local matches, the City is now hopeful to complete the bridge project, along with road repairs to Harrison and sidewalks (Division to Broad St.).

A time frame to begin weighs heavy on ODOT’s approval, but would likely be no earlier than November 2020, or following the high school football season.

With the Division St. (also known as Highway 77) streetscape project likely going away, the gateway to the downtown area will still see improvements.

An ODOT resurfacing project will begin in June on the roadway from Industrial St. to Noble Ave. Related article: Road projects coming to major roadways; sidewalks near Division, Noble

Part of the plan would be the addition of ADA (Americans with Disabilities Act) compliant sidewalks.

City leaders are also working with ODOT on a traffic signal modification plan, which would allow for permissive left turn signals at Oklahoma and Harrison streets on Division to help alleviate downtown traffic.