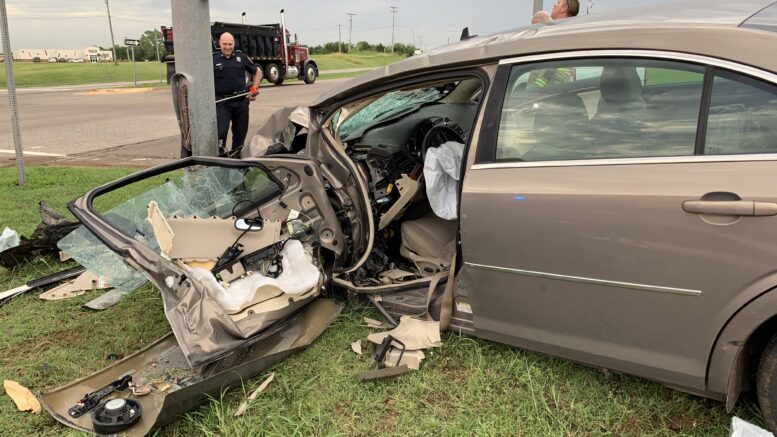 A driver was taken to a Oklahoma City hospital Wednesday morning after striking a traffic light pole along S. Division St.

At 8:40 a.m., Guthrie Police and the Guthrie Fire Department responded to a single vehicle traffic accident at the intersection of Division St and Sooner Road.

Multiple witnesses, who saw the accident, said the driver was driving southbound on Division St., but was all over the roadway. One witness said the male driver passed him by driving into oncoming traffic in the northbound lanes of Division St.

“I thought he was going to kill someone,” one witness said.

Later, the driver appeared to have attempted to pull onto Sooner Rd, but lost control and struck the pole. The impact jarred one of the signal lights loose.

The crash remains under investigation.

The driver was pinned for several minutes before firefighters and officers could free the male from the car.

Sooner Rd. was blocked off to traffic for 40 minutes.

Be the first to comment on "Erratic driver strikes pole"