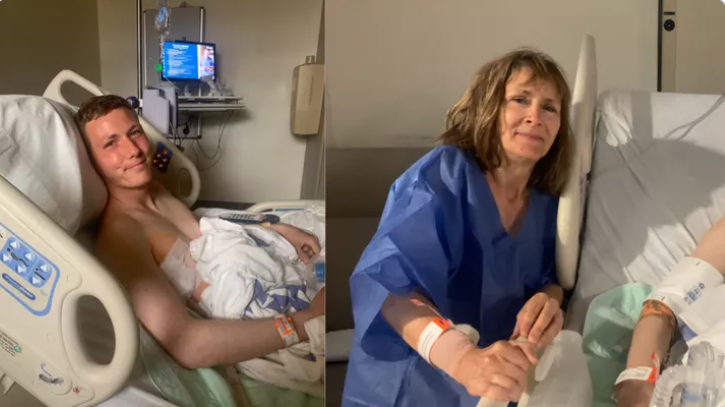 Last Saturday will be a day the Ladd family will never forget. A day that any family would never want to happen to them, but also a day filled with incredible miracles.

Moments after the annual 89’er Parade was completed two out-of-town (Oklahoma City) juveniles broke into the downtown home of Larry and Michelle Ladd. The two suspects made their way upstairs and found Brandon Ladd, who was playing his gaming system.

Megan Mitchell, the daughter of Larry and Michelle, says they surprised Brandon and attacked him by stabbing him four times in the back. One of the stabbings punctured his lung and causing it to collapse.

During the attack, Brandon’s parents made their way into the home and confronted the two suspects.

Mitchell said her mom believed her attacker was “just beating her because he was hitting her so hard, but it turned out every “punch” was a stabbing.”

Michelle was stabbed in the head, neck, chest, shoulders, arms and belly.

Larry was stabbed in his back and neck. However, he was able to chase and locate one of the two suspects until police could arrive.

“We are praising God they made it out alive! And both suspects are in custody,” Mitchell said in a social media post.

Brandon and Michelle were released from the hospital late Sunday and are now home recovering.

“We’ve been able to smile, laugh, rest, and heal together. Thank you so much for your prayers. This is such a weird time. It’s truly awful what happened, but we are realizing all the incredible ways God protected them! Please continue to pray for their healing, that none of their wounds will get infected, and that my brothers lung heals perfectly.”

A GoFundMe Page has been setup to help with donations for the family.

The two juveniles were in court Monday afternoon behind closed doors for their formal arraignment.

Each were given a $500,000 bond and were transported to separate juvenile detention centers.

Be the first to comment on "Family recovering from stabbing injuries; requesting donations"