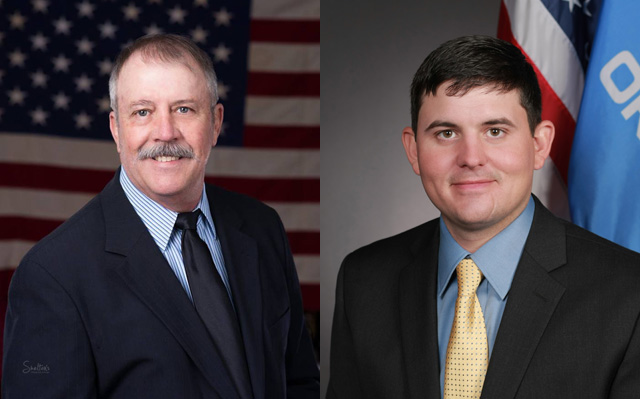 Despite dropping the primary vote in June, District 1 County Commissioner Marven Goodman earned the votes in the Republican runoff to win re-election over Mark Sharpton.

With no Democrat, Libertarian or Independent seeking office, Goodman will continue in the commissioners role.

“I am honored to be selected to serve another four-year term as District 1 Logan County Commissioner,” Goodman said in a social media post. “I would like to thank everyone who endorsed and supported me in this effort.”

In 2014, Goodman was first elected into office following a narrow win (46 votes) over Sharpton, who was serving as the commissioner at the time.

“It is an honor for me to represent our district each day,” Pfeiffer said. “I look forward to continuing to work to improve our state and serve north central Oklahoma.”

Pfeiffer, who did not draw a Democrat, Libertarian or Independent opponent, currently serves as the Assistant Majority Whip for the Oklahoma House.

Be the first to comment on "Goodman, Pfeiffer voted back into office following primary runoff races"