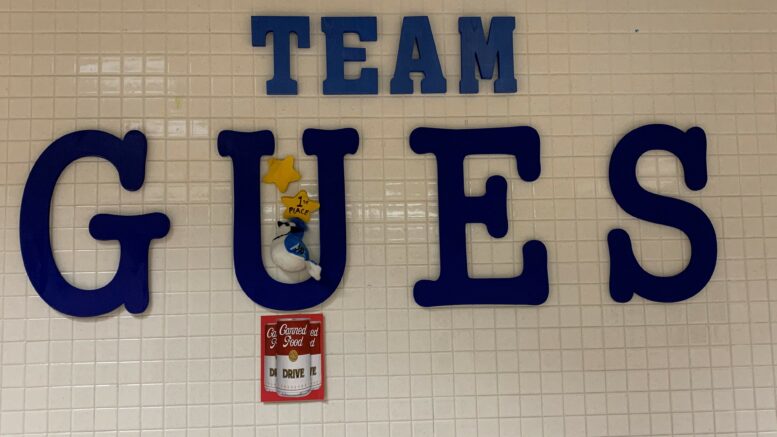 Guthrie Upper Elementary School had a canned food drive throughout November and together collected 4,620 cans.

The school was divided into four teams with two 5th grade teams and two 6th grade teams. Each team represented a letter of the school’s name – GUES. Students were asked to bring canned goods, including boxed items as well as baby food, an item that the food banks lack.

The students brought items from Nov. 1-20 and Mrs. Cheryl Pratt’s gifted and talented students collected the items each morning and tallied them with a chart on the entryway wall.

The winning team was “Team U” with a total of 2,045 cans. Students from “Team U” are in Mr. Davenport, Mrs. Goddard, Mrs. Johnston, Mrs. McNew, Mrs. Rollins and Mrs. Schlueter.

The items will be taken to God’s Food Bank and Hands of Jesus the week after Thanksgiving to help replenish their shelves following the holiday.

Be the first to comment on "GUES food drive brings in 4,620 cans"