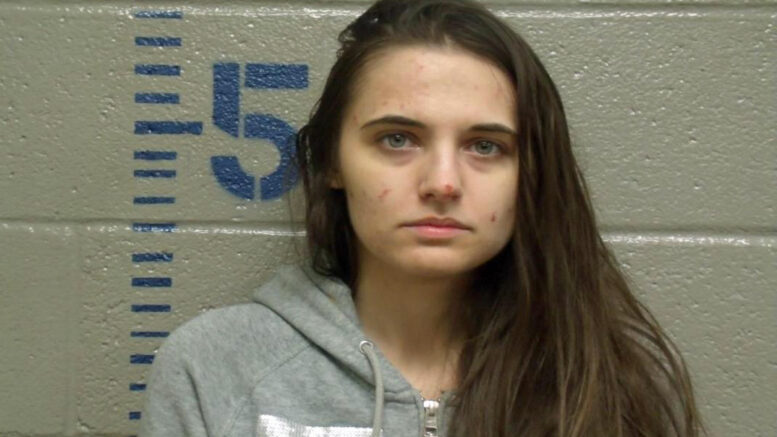 The incident took place on Jan. 27.

According to court documents, a Logan County deputy spotted a possible stolen Honda Civic near the area of Noble Ave. and Pine St. Later, the vehicle was confirmed to be stolen out of Oklahoma City.

The deputy, along with another deputy, pulled the vehicle over. However, the driver, later identified as 24-year-old Cassidy Rourke, drove off at a high rate of speed onto Noble Ave. and eventually onto I-35.

Deputies said speeds reached up to 110 mph, while changing lanes unsafely and driving in the center of the road.

After nearly seven miles, Rourke, again, pulled over and was taken into custody. The passenger, 30-year-old Christopher Scott, was also placed under arrest.

Scott had a warrant for his arrest with multiple charges, including robbery, kidnapping and possession of a firearm.

At the scene, deputies located heroin outside the vehicle where Rourke exited the car, according to the court documents. At the jail, what is believed to be heroin was found on Rourke’s person.

Rourke admitted she knew Scott had warrants and continued to help him, according to an affidavit. She also admitted to stolen checks and watching Scott steal a box off a front porch, which was found in the vehicle.

She was charged with five total crimes, including eluding, harboring a fugitive, unauthorized use of a vehicle, bringing a controlled dangerous substance into a jail and petit larceny. Bond was set at $10,000.