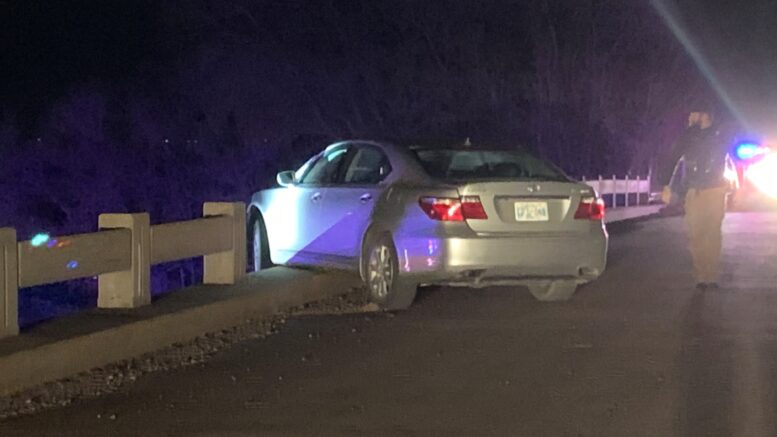 It was a story Guthrie News Page first brought you back in December when a vehicle was found wrecked on a bridge overpass that sent concrete debris onto the highway and damaging vehicles. Now, that man has been charged on multiple counts.

On Dec. 23, 2021, multiple vehicles were damaged after chunks of concrete fell onto Interstate 35. From above, a vehicle had crashed through a concrete bridge, resulting in the concrete falling several feet into the southbound lanes. Related article: Video: Vehicle drives into bridge, nearly falling onto I-35; vehicles damaged

Luckily, the chunks of concrete hit the roadway and not any of the moving vehicles. However, multiple vehicles struck the debris on the highway causing damage.

The driver of the vehicle, which ran into the bridge, was not immediately found at the scene.

An arrest warrant in February was filed for 44-year-old Bruton Lee Clark. He was later taken into custody and formal charges filed on March 11.

According to a court document, police responded to a house the same night for a possible domestic altercation. A woman stated that Clark had slapped her in the face and took off in her car.

During the discussion with the victim, the officer was informed that the vehicle in question had been found wrecked on the bridge.

Clark was charged with larceny of a vehicle and assault and battery. He was given a $5,000 bond. As of Wednesday morning, Clark remained behind bars at the Logan County Jail.

Clark not only has a lengthy criminal record, but has several convictions, including shooting with intent to kill (2003), assault with a dangerous weapon (1998), robbery in the first degree (2008) and felon in possession of a firearm (2018).