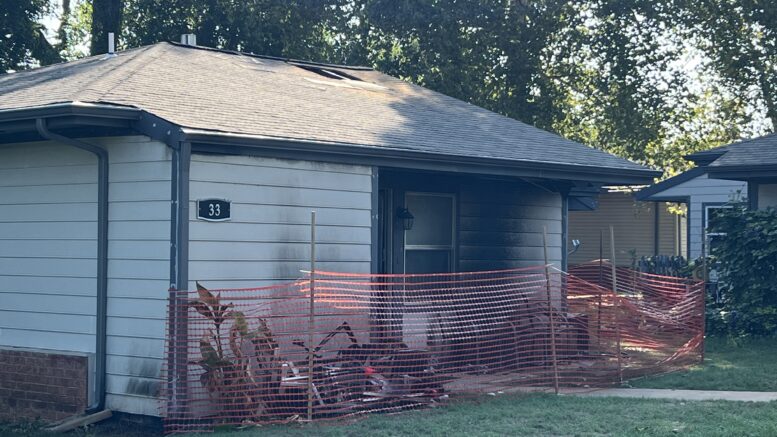 It’s not every time law enforcement officers are told the truth during an investigation, but that was the case in an arson investigation.

Guthrie police responded to 33 Oak Park on Sept. 5 for a house fire. Upon their arrival, a man yelled out needing medical attention. The man, identified as 48-year-old Brian Hendon, told officers that he lived at 129 Oak Park and reportedly said he had lit his aunt’s apartment on fire.

Hendon said he needed medical due to burns to his legs.

According to a police statement, Hendon stated he could no longer stay in his apartment and asked his aunt if he could stay in her apartment, but that she said no.

Hendon said he became upset cause he had nowhere to stay and walked over to the apartment, poured gasoline on the walls, and lit the place on fire with a long-reach lighter.

With further questioning, Hendon said he was going to light his home on fire but decided to burn down his aunt’s house instead.

Prior to the fire, neighbors could hear two people arguing amongst each other.

Hendon was cleared by medical staff and booked into the Logan County Jail.

He was charged with first-degree arson and given a $50,000 bond.