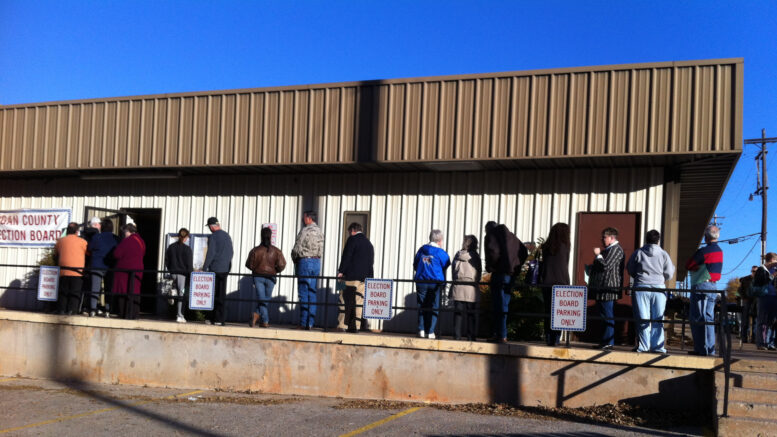 The Republican Party’s portion of the Logan County Election Board received a total make over on Monday with a removal, a resignation and two new appointments.

The Oklahoma State Election Board first appointed Pat Paradise as the new Republican board member for the local seat.

Paradise replaces Marlene Burbank-Jones, who failed to attend the last five county election board meetings and was removed as vice chair.

Karmin Grider would have filled in on the open seat as the alternate, however she resigned her post after filing to run for the Oklahoma House of Representatives (District 31).

The state election board appointed Charlie Meadows as the alternate board member for the Republican Party.

The county election board is responsible for voter registration and conducting federal, state, county, municipal, and school district elections.

The election board is composed of three members; a chairman, vice-chairman, and secretary, who are appointed by the State Election Board. The chairman and vice-chairman are nominated by the Logan County Democratic and Republican Party Central Committee, respectively. The secretary is the administrative officer and supervises staff activities.

Each county party recommends their candidate and is approved the state election board.

Be the first to comment on "Paradise, Meadows added to Logan County Election Board"