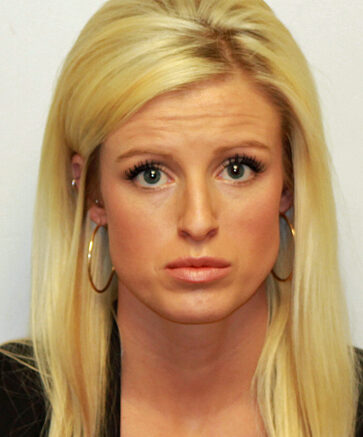 After five years since the fatal vehicle accident that killed Maryah Sanchez, Paige Powell learned her fate on Tuesday afternoon in front of a packed Logan County courtroom.

Powell and Sanchez, who were roommates for three months, were involved in a vehicle accident in the early morning hours of February 9, 2014 on U.S. Highway 77 and County Road 70.

At the scene, Powell, 26, told a trooper with the Oklahoma Highway Patrol she swerved to avoid a deer in the roadway, lost control on the snow covered grass, struck a tree and caused the vehicle to catch fire.

Sanchez, 23, in the passenger seat, was unable to get out and succumbed to the heavy smoke and flames.

Powell, who pleaded no contest and entered into a blind plea after waiving a jury trial in May, was given a 10 year sentence with the Department of Corrections for manslaughter while driving impaired. All 10 years will be suspended upon good behavior.

The final decision was handed down by District Judge Phillip Corley.

Powell has been able to avoid spending anytime in jail throughout the entire five years since the accident.

“I respect Judge Corley and I respect his decision, I just disagree with it,” Hermanson said.

Hermanson told Guthrie News Page after the ruling, that evidence, facts and science was behind them and is why Powell’s attorney Scott Adams entered a no contest plead to avoid a jury trial.

“He (Adams) had a chance to get a suspended sentence from Judge Corley. He didn’t have that chance from a jury. The jury would have had to put her in jail for at least four years. It was a better move for him (Adams) to do that.”

Emotional testimony was heard on both sides, including Sanchez’s mother (Diana Savage) and sister (McKayla Sanchez). Powell, along with her husband (Donte’ Foster) and mother (Nancy Powell), also gave testimony.

While each testimony was read from prepared statements, Paige Powell was seen looking down with a tissue in hand as she listened to the statements.

The trooper detected alcohol on Paige Powell, who admitted to drinking five beers.

Records show Powell’s vehicle was traveling 74 mph five seconds before impact and 55 mph at the time of the collision. The posted speed limit was 40 mph.

Powell’s blood alcohol concentration (BAC) was tested four hours after the collision with a reading of .03 percent. An expert testified that Powell’s BAC at the time of the wreck was between .09 and .11 percent.

In a pre-sentence investigation by the Oklahoma Department of Corrections, Sanchez’s mother says they have had little to no contact from Powell.

However, Powell and Adams both said in court that Powell and Savage met in September 2018. Nancy Powell added that the Sanchez family refused to speak with them at the hospital.

The report states, “the defendant (Powell) has reportedly failed to show any remorse or offer condolences to (the mother) or the victim’s family.”

“We can not judge how someone grieves,” Nancy Powell said in her statement.

Sanchez’s mother fears Powell will commit such an act again. She says she has heard rumors about Powell “partying” since the accident along with being cited twice for speeding.

Adams said “there’s zero of that. There’s no proof. It never happened.” Adams told the judge of the partying.

Online records show Powell has paid in full for two speeding tickets. The first ticket for speeding in Alfala County just five months after the deadly accident and again in August 2016. Both citations were issued for speeding 15 mph over the posted limit.

Powell, who was just recently married and is expecting her first child, was asked to give her testimony last month, but deferred to her attorney. In which, Adams provided a copy of the OHP accident report.

Related article: Judge finds probable cause for trial in the death of a Guthrie woman