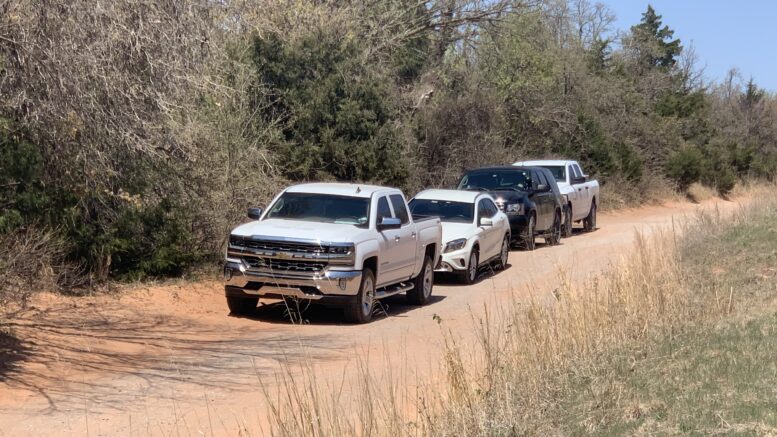 During an ongoing investigation, multiple law enforcement agencies have conducted a search of a southern Logan County property where remains have been recovered.

The Office of the Chief Medical Examiners confirmed remains were found in Logan County near the area of Pine Street and Simmons Road.

GNP spoke with OSBI officials on April 18, but they did not want to speak about the case and (politely) requested limited access to the area.

According to The Oklahoman, agents are investigating whether a white supremacist prison gang is behind nine or more disappearances.

On Friday, OSBI confirmed remains have been recovered during the course of this investigation. Identification of the remains will be determined by the Medical Examiners Office, as well as the cause of death.

The search warrant has been reported to be under a seal and not available for any additional details.