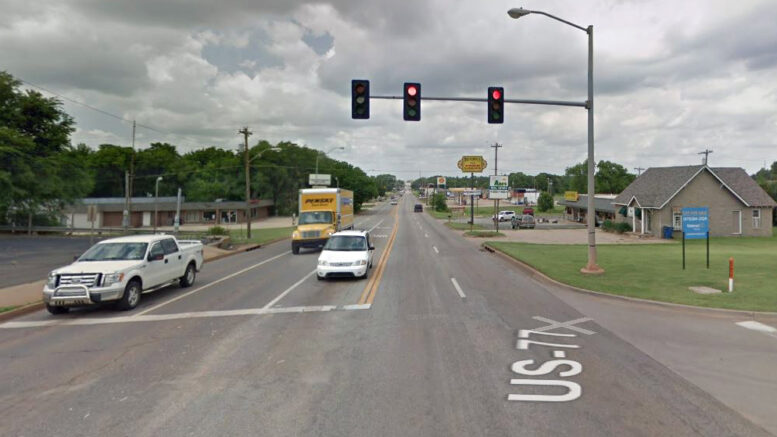 The much anticipated sidewalk project along the two busiest road corridors (Noble Ave. and Division St.) is set to begin next week. However, the project will not include the downtown area.

The project is being constructed and funded by the Oklahoma Department of Transportation (ODOT). The nearly $873,000 contract was awarded to C-P Integrated Services, of Oklahoma City.

The project includes construction of modern, ADA-compliant sidewalks on US-77/Division St. from Industrial Rd. to just past Grant Ave. and on SH-33/Noble Ave. from just west of Ash St. to just east of Drexel St. in Guthrie.

The downtown area is not included in this particular project due to historic preservation concerns.

In August, the Guthrie Historical Preservation Commission (HPC), a City board comprised of volunteers who are appointed by the city council, voted twice to approve the sidewalk project with the condition that the entire sidewalk project within the historic district be red brick and not concrete. Related article: Watch: HPC calls for special meeting to reconsider downtown sidewalks

Less than 24 hours after the second meeting held by the HPC, the city council held an emergency meeting to override the decision to allow the sidewalks in the historic downtown area.

Despite the council’s action, ODOT elected not to include the downtown area with this project.

ODOT’s media relations tells Guthrie News Page, “The City of Guthrie, the historic preservation commission and ODOT are working on a solution for downtown.” However, no formal plans have been discussed. Related article: City Council overturns HPC on downtown sidewalks

Work is expected to take up to nine months to complete, and there will be lane closures so the contractor can mobilize and stage equipment.

The right lane of northbound US-77/Division St. will be closed north of Allen Rd. beginning Jan. 5.

Be the first to comment on "Sidewalk project to begin Jan. 5, downtown not included"