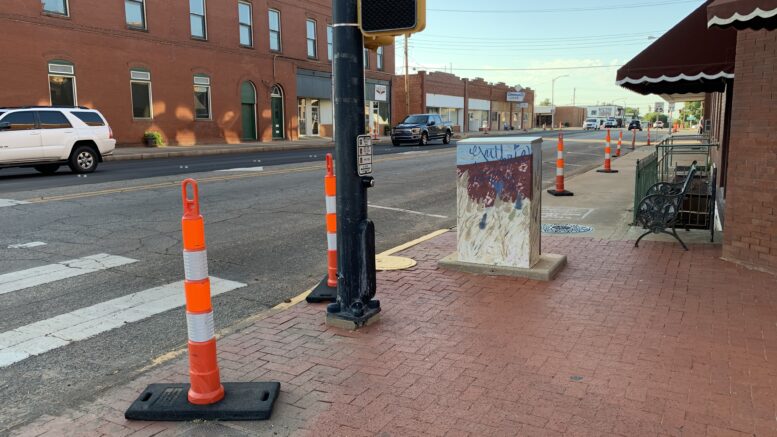 Update — The Historic Preservation Commission voted not to approve the sidewalk project throughout the downtown area.

The Historic Preservation Commission will hold a special meeting to reconsider the Oklahoma Department of Transportation’s sidewalk improvements throughout downtown.

Following the decision, ODOT elected to exclude the downtown portion of the project.

“Based upon the recommendations by the HPC – Division 4 has elected to exclude the historic district portion of the project and move forward with the remaining project,” an ODOT representative told city officials.

Now, HPC will discuss and take potential action to give ODOT permission to allow American with Disabilities (ADA) sidewalks, ramps and limited curb and guttering in the historic district.

ODOT is expected to soon go out for bids for the $1.2M project. Related article: Division St., Noble Ave. sidewalk project hits bump in the road