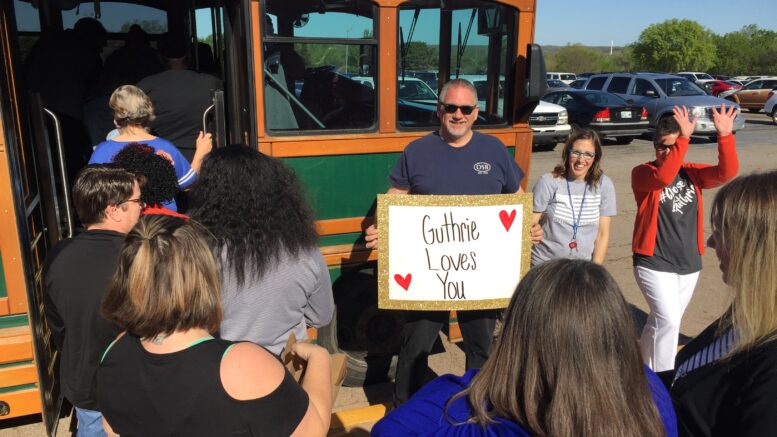 Gov. Kevin Stitt signed an executive order on Thursday ensuring support staff of Oklahoma public schools can be paid for the remainder of their current contract despite school buildings being closed because of the COVID-19 pandemic. The directive resolves what had been several weeks of uncertainty, as some districts were concerned they could not do so constitutionally.

The order also clarifies any ambiguity that existed relating to the amount of paid leave and benefit coverage these employees can have during this health emergency. The Governor’s action waives any such statutory or rule-based limitations on which these individuals may accumulate or receive leave for the remainder of the fiscal year.

Governor Stitt and State Superintendent of Public Instruction Joy Hofmeister had been seeking a legislative remedy for the nearly 41,000 support staffers, but those efforts stalled when the state Legislature was forced to halt meeting due to the spread of the virus.

“It is important to me that our local school boards have the authority to fulfill support staff contracts and pay their employees while their buildings are closed,” said Gov. Stitt.

“This remedy was urgently needed. I thank Gov. Stitt for taking this action to ensure certainty for the cafeteria workers, custodians, bus drivers, teachers’ assistants and so many others whose work is critical to our schools,” Hofmeister said. “This executive order helps bring a measure of comfort and stability to these valued workers and their families and ensures our focus remains on public health and instruction through distance learning during this unprecedented crisis.”

Under state statute, district teachers and administrators were able to continue receiving compensation after the State Board of Education voted March 16 to close schools until April 6. The same protections, however, are not automatically provided to school support staff.

Many districts, at the urging of the Oklahoma State Department of Education, have given their support staff additional emergency leave days so they could be paid over the two weeks that schools were shuttered following Spring Break. The executive order removes any ambiguity for districts, authorizing that support staff can continue to receive compensation through the remainder of the fiscal year as well as maintain insurance benefits while earning credit toward retirement.

Be the first to comment on "Stitt: School support staff can be paid during pandemic"