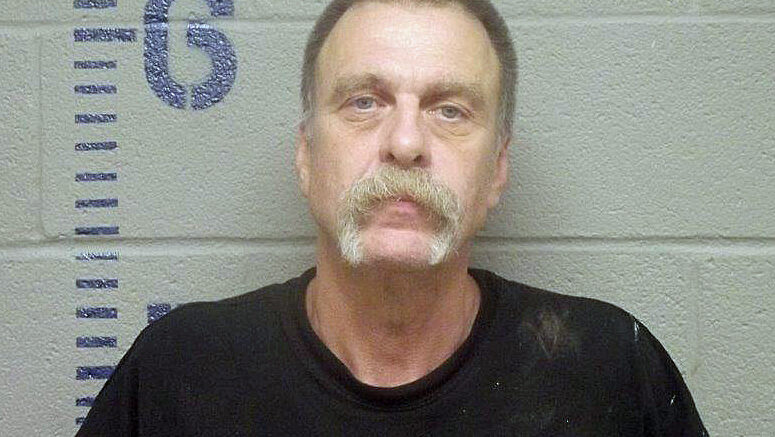 After being on the run for over a month, a suspect sits behind bars in the Logan County Jail.

Jerry Hare is accused of stabbing a man 10 times inside the Woodcrest Tavern back on August 4. Related article: Man stabbed 10 times; warrant issued for arrest

The victim had to undergo emergency surgery.

Hare, 57, was arrested this week while working construction at an apartment complex in Oklahoma City by US Marshals.

“The US Marshals were requested to assist us early on with locating him,” Undersheriff Troy Dykes said.

“Our deputies worked closely with the US Marshals following all leads. We value our strong partnership.”

Hare is expected to be formally arraigned Wednesday afternoon inside the Logan County Courthouse.

The arrest warrant, which was issued on August 5, for assault and battery with a dangerous weapon and a bond amount of $150,000.

Online records show Hare was found guilty of assault and battery with a dangerous weapon in 1991. He was later convicted of escaping from a penitentiary in 1992 and in 2003 was convicted of several drug charges, including trafficking.