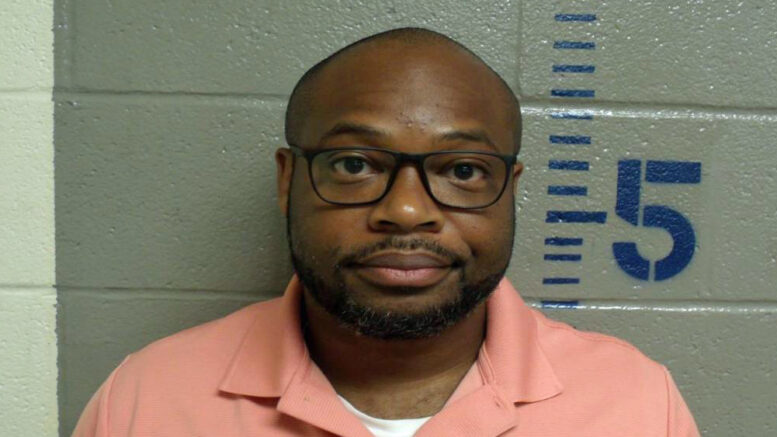 The Logan County Sheriff’s Office began their investigation after a woman was inside a homeowner’s unlocked vehicle in the early morning of May 14. The homeowners said the woman appeared to be lost and confused. After speaking with deputies, it was determined she was likely sexually assaulted.

The victim was transported to Stillwater Medical Center where doctors determined they believe she had indeed been raped. DNA testing was performed and sent to Oklahoma State Bureau of Investigations (OSBI) for further analysis.

The victim stated she had gone to an Edmond bar, consumed three beers and three tequila shots and did not recall anything else until she woke up in a strange car. The woman’s clothing was on backwards and that her phone and billfold were missing.

Family members of the victim arranged an Uber ride due to her being intoxicated. A digital receipt confirmed the ride and that the driver’s name was Timothy and was driving a black Jaguar.

The victim’s husband became worried after his wife was not home by 11:30 p.m. and pulled up her location with his cell phone, which showed her a short distance from their home.

The husband drove to the area and observed what he believed to be a black Jaguar with a black male standing outside the vehicle with his shirt off. At the time, the husband was unaware his wife had taken an Uber ride home. After speaking with the black male, the Jaguar sped off.

The husband became aware his wife was with the Jaguar as the location of her phone was headed in the same direction as the Jaguar. After catching up to the vehicle, the husband saw the black male standing outside the vehicle and his wife in the passenger seat. As the husband attempted to pull his wife out of the car, the vehicle took off with her leg hanging out of the vehicle.

The victim’s phone was later tracked an area across from a park. Investigators believe the phone was removed from the vehicle by the suspect.

Investigators ran the vehicle’s tag number and identified the owner as Timothy Alexander Greene, 44, of Edmond.

Greene was charged with rape in the first degree, kidnapping and grand larceny. He was formally arraigned on May 20 and bond was set at $500,000.

It has been reported that Greene worked at the Oklahoma Tax Commission but has since been let go. Uber, reportedly, also removed him off its app.