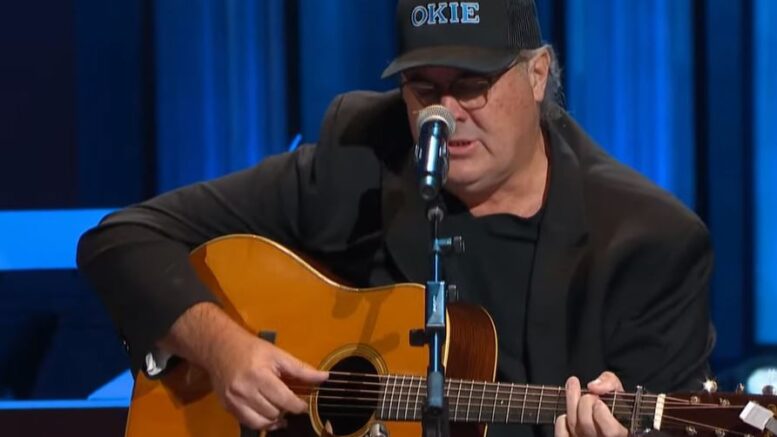 On the most famous stage in music, Vince Gill paid tribute to his late friend Byron Berlie by dedicating A Million Memories in his honor.

“Tonight, I’m going to sing a song in honor of a sweet friend of mine that passed away last Saturday,” Gill began with on the stage of the Grand Ole Opry in Nashville, Tennessee on Saturday evening.

“He was one of the best fiddle players that ever lived,” Gill said.

A music icon, Berline died July 10 from complications of a stroke he suffered in May. Berline, who marked his 77th birthday on July 6, was a legendary fiddler whose career ranged from playing with The Rolling Stones to Bill Monroe. Related article: Fiddle icon Byron Berline dies at age 77

According to Gill, Berline helped spark his career as a teenager. He says Berline was able to track him down by finding him in the Oklahoma City phone book and later accepted Berline’s request to travel to California.

“It was by far – by miles and miles – the most important thing that ever happen to me in my career was to go out there and be surrounded by the people Byron knew,” Gill told the country music audience.

After performing A Million Memories, the country music legend, who met Berline in 1976, played perhaps his most influential song “Go Rest High on That Mountain.”

In 1999, Gill and Berline were both selected for the Oklahoma Music Hall of Fame and introduced each other for their induction.

In 2019, following the devasting fire to Berline’s Double Stop Fiddle Stop, Gill joined forces with Larry Gatlin, the Turnpike Troubadours and the Byron Berline Band held a concert at the Scottish Rite Temple in Guthrie. It was a night to remember the past, look forward to the future and celebrate the music that will never die. You can watch the entire concert.

Gill is expected to perform at Berline’s memorial service at 10 a.m. July 20 at Guthrie’s First United Presbyterian Church. The service will be streamed live on the church’s Facebook page.

Be the first to comment on "Watch: Vince Gill tributes song for the late Byron Berline at Grand Ole Opry"