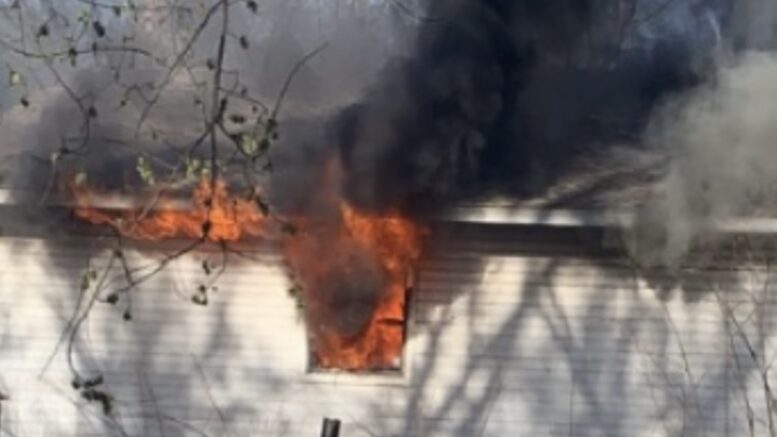 A Guthrie woman was arrested on Saturday after neighbors watched a detached garage and vehicle go up in smoke.

At around 9 a.m. on Saturday, neighbors could see dark, gray smoke coming from a detached garage from a residence located at 1715 W. Mansur.

Firefighters made a quick knock down on the fire and found a vehicle inside burnt up.

At the scene, Taylor Small, 24, of Guthrie reportedly admitted she had entered the home and had taken items from a male resident.

In a second interview, Small reportedly told investigators that she had set the fire, but that it was an accident.

The vehicle found inside the garage also belonged to the male resident.

According to police, Small did not give a reason as to how the fire was started, or why.

On the previous day (April 8), Guthrie police served a search warrant on the residence, where a male was arrested at the home.

Small was charged with arson in the second degree and burglary in the first degree. On Monday, she was given a $50,000 bond.

Be the first to comment on "Woman arrested, charged for setting fire"