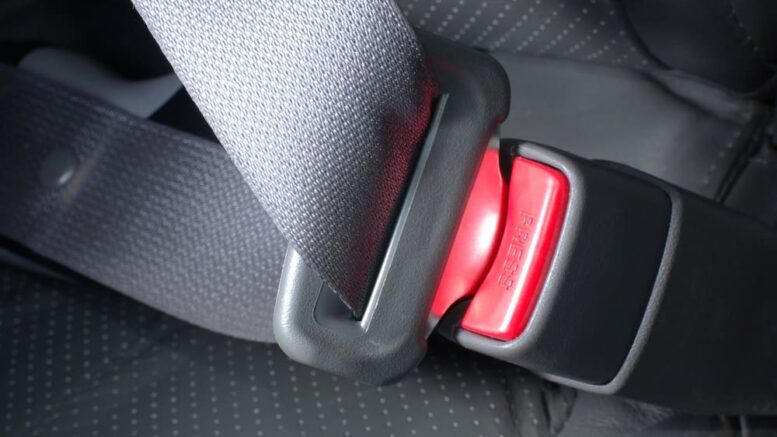 OKLAHOMA CITY – A bill that would strengthen seat belt laws for youth ages 8 to 17 today passed the House with a vote of 78-18.

House Bill 2791, by State Rep. Ross Ford (R-Broken Arrow), would require every person under the age of 18 to wear a seat belt when riding in the back seat of a passenger vehicle in Oklahoma.

“As a former police officer, there was absolutely nothing worse than working an accident scene where a child died because they were not wearing a seat belt,” Ford said. “This law will help us avoid such needless tragedies in the future.”

Currently, state law requires only youth ages 8 or younger to wear a seatbelt while riding in the backseat of a moving vehicle. Other than that, only the driver and front-seat passenger are required to be belted.

“The Department of Public Safety recognizes the importance of occupant protection, and we fully support measures to increase the safety of passengers, especially our vulnerable children,” said DPS Commissioner John Scully.

Leslie Gamble, AAA Oklahoma Public and Government Affairs Manager said, “Representative Ford has seen first-hand the tragedies that occur when children aren’t buckled up in cars and crashes occur. He sees the need for protection for all minors in the back seat and the absurdity of having a law that only requires children up to the age of eight to be buckled up. We’re so grateful to have his passion and practical experience to eliminate Oklahoma as one of the ten worst states for child passenger safety.”

According to information from AAA, Oklahoma is the only state in the nation without a law requiring children 8 to 17 to wear a seat belt when riding in the back seat of passenger vehicles, and the state currently ranks 50th nationwide in protecting children in car crashes – the leading cause of death and injury to those 8 and older in our state. The organization says that over half of deaths and serious injuries in car crashes can be prevented with proper use of seat belts.

According to data from the Oklahoma Highway Safety Office, 67 children ages 8 to 17 were injured and 16 were killed in 2017 in Oklahoma who weren’t wearing seat belts.

The bill now moves to the state Senate where Sen. Darrell Weaver (R-Moore) is the Senate author.