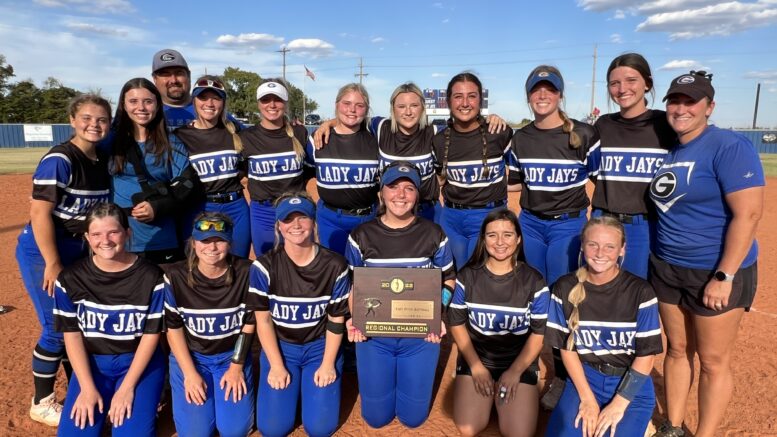 The Guthrie High School softball team is headed back to the Class 5A state softball tournament this week at USA Hall of Fame Stadium.

The Lady Jays punched their ticket last week when they hosted regionals. Despite having to play the if necessary game, the Jays proved to be the best in the four-team regional.

However, on day two there was more work to be done.

In game one, Altus eliminated McGuinness (7-1) and then stunned Guthrie (2-1) in the next game to force one final game for all the marbles.

Guthrie jumped out to a 1-0 lead over Altus in the first inning with an RBI single from senior Ashlee Eichler.

The Lady Jays opened the game for good in the second inning with a seven-run spot and doing so on five hits.

The highlight of the inning came off the bat of Ava Hebensperger who drilled a two-run home run.

The Jays needed only five innings to claim the 10-0, run-rule victory.

“Proud of the girls for dealing with the gut check,” head coach Booker Blakley said of his team who had their backs against the wall as the heavy regional favorite.

Guthrie (25-8) enters the single-elimination state tournament as the sixth seed and will play three-seeded Tahlequah (30-9) at 6:30 p.m. on Thursday.

The 5A state championship game is set for Saturday at 2:30 p.m.

All games are streamed live on the NFHS Network.