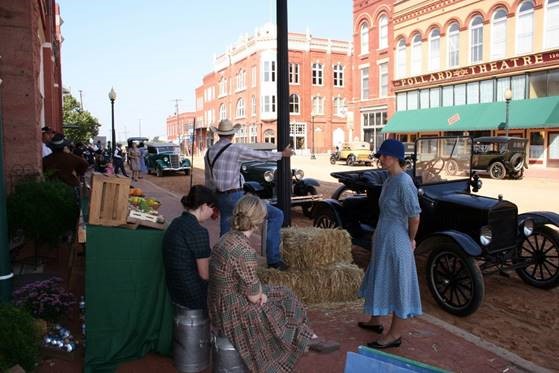 Filming a movie can bring an average of $50,000 a day to a city through hotels, restaurants and hardware stores, making it a worthy industry for some municipalities looking to boost sales tax revenue, according to the Oklahoma Municipal League.

One recent production spent $25,000 renting downtown storefronts and another spent $23,000 on lodging, according to Fortney.

When scouting a location for a western film, director James Cotton said Guthrie became a front runner because of the downtown and the cooperation from city officials.

“I was shocked at how accommodating shop owners and civilians were, as well as the incredible help I received from the people at City Hall to make the process pain-free and fun for all involved,” Cotton said in a statement he provided the chamber.

For the complete article by Oklahoma Municipal League click here.