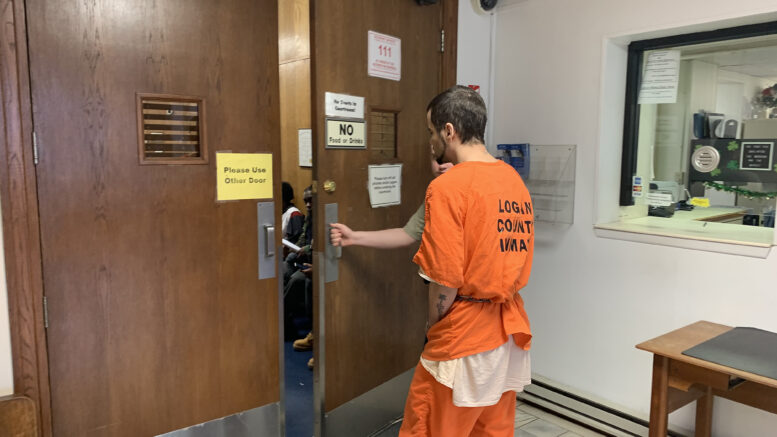 After pleading guilty in the killing of 13-month-old Damien King, Justin Mitchell Lastra silently said “sorry” to four members of the Guthrie Police Department as he was being escorted out of a Logan County courtroom.

Lastra changed his not guilty plead of first degree murder to guilty and will spend the rest of his life in the state penitentiary without the possibility of parole.

“We are comfortable with this outcome and he’s going to be where he belongs,” District Attorney Laura Austin Thomas said following the sentencing.

The punishment was handed down Friday morning in front of Judge Luke Duel.

In January 2019, Lastra called 911 stating the child had fallen down the stairs of the home and was unresponsive. The child was taken to Mercy Logan County Hospital before being transported to OU Medical Center where he died two days later with a brain injury. Related article: Mother, boyfriend arrested for first degree murder

Lastra was the boyfriend to the child’s mother, Michelle King, and had lived in the home for only four months. Michelle King has been charged with child abuse for allowing the abuse to go on.

In September, Michelle King was bound over for trial following a preliminary hearing, which enough evidence was found that the crime was committed. She continues to sit in the county jail on a $500,000 bond.

With no biological family in the courtroom for the child on Friday, Thomas recognized five Guthrie police officers and an OSBI agent there for Damien King.

“This group of people are the family and the voice of the child,” Thomas said. The police officers served as pallbearers at the child’s funeral.

“It’s just sad when whoever cares about the child is only us,” Thomas said following the hearing. “Having all of them (officers) in the courtroom said enough to Judge Duel.”

Thomas says Lastra had a terrible childhood, but that it “doesn’t excuse this in the slightest. This just proves how dangerous he is and always will be.”

Lastra had pleaded guilty to nine charges since 2008 in Payne County.

Lastra’s attorney requested his client receive the proper medication and safety for when he is taken into custody by the Department of Corrections.

4 Comments on "Man pleads guilty to murdering child; sentenced to life in prison"