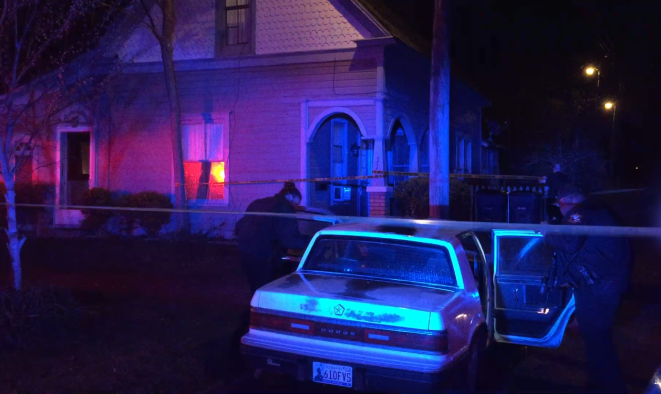 Updated on April 28 at 2 p.m. — Smith cousins held without bond in murder case

Two cousins were formally arraigned for murder on Friday afternoon inside the Logan County Courthouse.

Derrick Smith, 25, and Reggie Smith, 37, appeared in front of Judge Susan Worthington via a video conference call from the Logan County Jail.

They are accused and charged with murder in the first degree. If found guilty, each could face life in jail, life without the possibility of parole or death.

The cousins are being held without bond. According to the District Attorney’s Office both are a flight risk and a danger to society.

Agents with the Oklahoma State Bureau of Investigations say they continue to investigate the case.

There are more details being revealed in the murder case that left one person dead after being shot 36 times.

Joey Angelo, 24, was found in the front yard of 312 S. Oak just after midnight with multiple gun shots on April 5. He was transported to a Oklahoma City hospital where he died.

We are also learning more information after a judge unsealed the case. 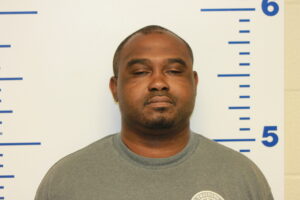 According to a warrant affidavit, the occupant of 312 S. Oak, Rachel Rhyannon Smith, 23, told investigators Angelo had left her residence to walk home. Approximately 30 seconds later, Rachel Smith heard a knock on the door and saw a black male wearing a hoodie and could only see the person’s eyes. She says the person was holding a gun and said his name was Joey. A short time later, the person began kicking the door trying to get in and heard several gun shots.

Rachel Smith told agents two hours prior to the shooting she had been part of a drug deal at a Guthrie home in the 1800 block of W. Logan. She says she took three black males to the home and the males tried to rob the homeowner of marijuana. She says they were met at the front door by Reggie Smith and that he chased them off and as they drove away a black male fired off two shots.

Rachel Smith was arrested and charged with conspiracy and distribution of a controlled dangerous substance on April 14. She was given a personal recognizance bond. 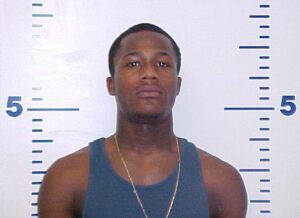 The affidavit states a female occupant living in the home on W. Logan told Reggie Smith to take the marijuana from the previous drug deal to 312 S. Oak, but stated Reggie Smith never left the residence.

However, in an interview on April 10, a male reportedly admitted he was at the house after the robbery. He says Reggie Smith was angry and was leaving to go and find the “gang bangers”, according to the court document.

The male said Reggie returned 30 minutes later and asked him if he had taken care of it. He says Reggie Smith told him yes and don’t worry about it.

According to investigators, the male was able to pick out Derrick Smith in a photo lineup as the person who left with Reggie Smith to go and find the gang bangers. In addition, he says he saw what looked like an AR-15 on the kitchen table and that it shot 22 caliber ammunition and had a 30 round magazine.

Reggie Smith was interviewed and denied leaving the house or being involved in the murder.

Following an autopsy of Angelo, 44 bullet wounds were found with some being entrance and exit sounds.