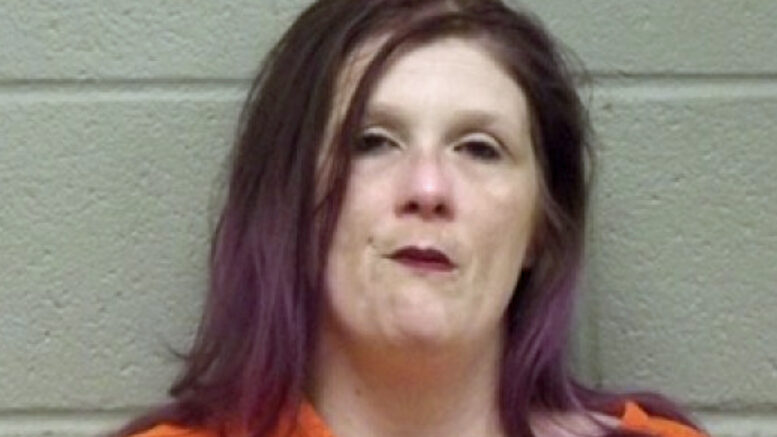 What would have been minor infractions for a Guthrie woman in Oklahoma County has now landed multiple felonies following a vehicle pursuit.

Candice Renee Powell, 37, was watched by thousands of people on local television and social media trying to out run law enforcement late Wednesday afternoon. However, with three helicopters, including a police helicopter, watching her every move, Powell never stood a chance.

The pursuit began near NW 122nd and Western at around 5 p.m. Wednesday night when Oklahoma City Police Department officers attempted to pull Powell over for a traffic violation.

Instead of stopping, Powell took off.

The pursuit eventually made its way into Logan County, where Logan County deputies were awaiting. Powell led deputies from Waterloo Road, to Coltrane Road and eventually on Forest Hills Road, where she spun out on the dirt road.

Despite spinning out, Powell attempted to take off again but drove into the front of a deputy’s truck.

She was quickly taken into custody at gun point and booked into the Logan County Jail.

A small amount of marijuana was located in the vehicle.

Powell has a lengthy arrest record and guilty pleas, including burglary and meth.

Powell has been charged in Logan County with attempting to elude an officer and endangering other, assault with a dangerous weapon and operating a motor vehicle while driver’s license has been revoked.

Additional charges for Powell will likely to be filed in Oklahoma County.