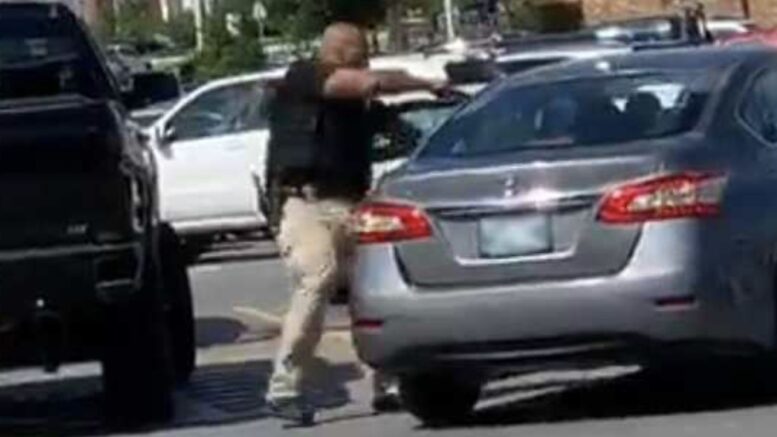 The Del City Police Department is investigating a shooting inside a Oklahoma Walmart parking lot after an off-duty Langston University police officer opened fire on an alleged shoplifting suspect.

On Saturday evening, several gun shots were heard and caught on camera in the Walmart parking lot following an argument.

A witness’ live video shows the officer and the suspect engaging in an argument while the suspect was in the vehicle. As the suspect attempted to leave, the officer was seen firing his weapon multiple times at the moving vehicle.

According to several reports, the officer was working as a security officer for the department store near Southeast 15th Street and Sooner Road. Rule said the man was taken to an area hospital.

According to police, they’ve received reports that the suspect may have left the store with unpaid items.

The story became viral after TMZ reported on the event.

Be the first to comment on "Video: Off-duty Langston University officer opens fire on shoplifting suspect"